Classic Holidays is Australasia’s largest privately owned resort and club management company, with over 40 Classic Holiday Club Resorts under management, a network of 4,000 resorts worldwide and a holiday club membership base of over 65,000 families.  For over 35 years, Classic Holidays has been helping families enjoy affordable holidays, across Australia, New Zealand the world.

Classic Holidays wanted a full social media audit to understand if they were still on the right track, since it had been a while since they started embedding social media into their marketing mix. Furthermore, they were looking for a new way to generate leads online with the help of social media and were curious if Media Junkies could lead them into the right direction. 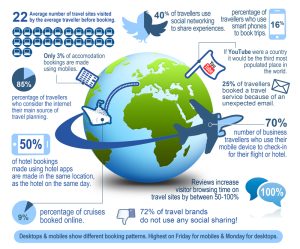 Media Junkies consulted closely with the the marketing team to further implement the findings into a fresh social media strategy and implementation plan. After consolidating multiple social media channels and even closing accounts that had not been used in a while or that were obviously not used by their desired target audience, Media Junkies developed a succinct digital lead generation campaign based on the qualifying criteria given by the company.

The lead generation campaign was based on a competition to win a free family holiday on the Gold Coast, which was then advertised on Facebook with the goal to drive traffic to a dedicated competition landing page. On this landing page, users could opt-in to go in the draw to win the holiday. The user would then receive an email confirmation as well as a SMS to confirm their competition entry. This not only confirms that the contact details they put into the opt-in form are correct but also gives the user top-of-the-mind-awareness. In the next step, a sales rep would call the prospect to further qualify the lead and invite the lead to come along to one of the company’s sales presentations. Eventually, the lead would then be converted into a customer.

Last but not least, Media Junkies set-up a re-targeting campaign to retarget everyone who has visited the competition landing page within their personal Facebook newsfeed. This again, is more of a brand awareness campaign but also stimulated returning visits to the website for those who had not initially opted-in.

How a Yoga Instructor Went from 0 to 1,300 Opt-Ins and Launched her landing page