Periscope: Seeing The World Through Someone Else’s Eyes

Would you like to see live video broadcasts of Media Junkies? The broadcasts include:

It is so easy!
1. Download the App 2. Search for #MediaJunkies_au 3. Wait for alerts when we are broadcasting 4. AND YOU CAN SCOPE TOO! – WE will watch you!

How would you like to see the world in real-time through someone else’s eyes? Photographs are great and for a long time now, photos are quickly shared around the world via social media. Moments become shared experiences through social media apps like Facebook, Instagram and Twitter. Sharing experiences can be much more meaningful if we can go beyond sharing photos. Videos can tell so much more because they are a moving representation of life. 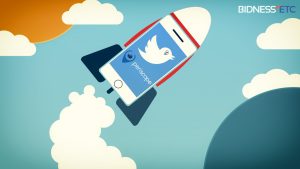 Periscope is an app developed by the same group behind Twitter. It allows the user, or broadcaster, to record and post videos in real time. It may be a personal event or a newsworthy occasion. The audience can partake of the experience as it happens and to make it so much greater, he can react to the video by typing in a comment or sending a heart. With Periscope, audiences are no longer passive. They can say what’s on their mind, also in real time.

Periscope is a stand-alone app; however, the broadcaster may also attach the links of his broadcast to his Twitter account. Imagine how many people the video can reach if there are a significant number of Twitter followers.

Periscope is not the fist app of its kind. Since its launch though in March 2015, it has proven to be very popular and has rose way above its competition. Just like any new product, the app seemed half-baked when launched. Some even said it was launched even before it was ready with the sole purpose of stopping the rise of its competition. Whether the allegation is true or not, suffice it to say that Periscope was able to stop the growth of its rival. On the weekend after its launch, Periscope found its way to the Top 30 of Apple’s app store while its rival slipped down to the 523rd place.

Imagine being away from your child and being unable to witness in person his milestones. Sometimes separation is inevitable due to work or other circumstances. You don’t have to miss important moments when you can be with your loved ones through Periscope. See your child take his first step, say his first words and lose a tooth for the first time. Pictures just won’t cut it. Witnessing the moment on video is the next best thing. And, on Periscope, you don’t just witness, you participate as well by sharing your words of encouragement and reassuring messages.

There are experiences that are sweeter when shared with friends and loved ones. Did you finally perfect that head stand? Talking about it may not be enough to convince your friends about the accomplishment. Show proof by executing that perfect head stand on Periscope. Savour the thumbs-up and congratulatory messages in real time.

In business, Periscope can do a lot to generate buzz about a product or event. Show customers how a product works by letting them see it in action. If they have questions, they can ask and expect an answer in real time. In business, quick response to customer queries is very important. Take advantage of Twitter by sharing a link to the video. Twitter has a wide reach and Periscope can ride on it.

These are just some of the uses for Periscope. The potential for it is yet untapped and one can only be limited by the imagination.

A recent update to the app allows replays to be instantly available. There’s no more need to wait for a rebroadcast. When done watching, the video can be deleted from the feed. This is a good improvement to the app. The app can be tons better though if other improvements are considered in the future updates. For instance, looking for interesting people to follow can be further improved. Searching for or discovering interesting videos is, at present, difficult due to the absence of categories such as music, arts, sports, so on and so forth.

Once more users get on board and become active, the potential for this app will grow. Connecting with people from around the globe and seeing what’s happening in whatever part of the world is beneficial not just on a personal level but in business as well.